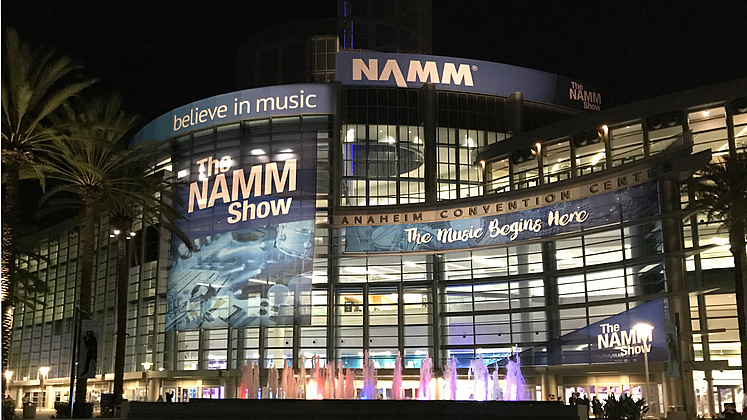 The show is over. After leaving sunny California early this week, we finally arrived back in German time-zone with lots of positive impressions in our minds. We very much enjoyed meeting old friends as well making new ones.

The Alex4 booth, which we were part of, was very busy, so four days of NAMM just flew by. We like to share some videos and reports with you as well as letting you know what comes next.

Lots of people with video cameras hit our booth. Here are some of them in which (mostly Swen) explains and demonstrates the new modules we brought with us:

There is also a report by Stromkult that is worth reading. Don't let you put off by the blog post's starting image. That are just Jan and René from Alex4 with Thomas and one of those old VERMONA caps in the background. They don't bite.

The very next step

We will ship the first randomRHYTHM modules within the next two weeks. You remember? randomRHYTHM is that random-based rhythm sequencer that you will also find in some of the videos above.

Before NAMM we asked for support on finding a name for our quad envelope generator eurorack module. We are overwhelmed by the large number of participants via email and Twitter. Thanks for helping us with that. Seems like the next problem is picking one out from all the name-proposals that came in. We will keep you informed about that.

We plan to have the final version of the quad envelope generator ready for the Superbooth in May.

We got a lot of positive feedback on these two prototypes at NAMM. As these are just first shots there is still room for improvements to make a proper VERMONA module out of them.

That's it for now. As you can see we will have a lot to do for the next few weeks. Thanks to all that came by and visited us at NAMM 2018. Also big thanks to the ALEX4 team for organizing the booth and for always smiling.