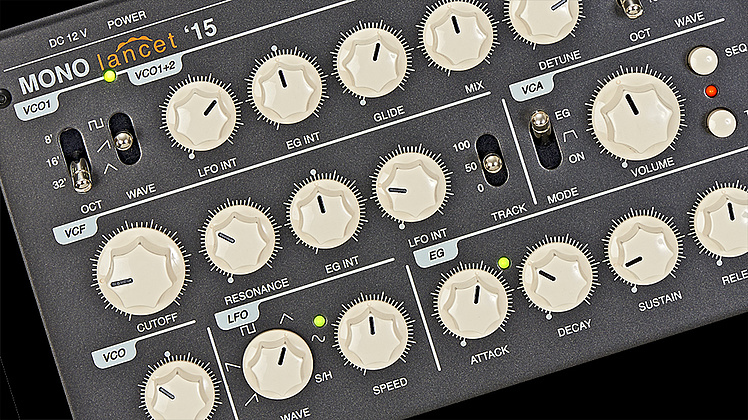 Today we don’t use that much numbers in the names of our devices, especially products of the Lancet series go without them. This finally will change with Mono Lancet ’15.

The monophonic synthesizer got a small update. The most obvious change can be found on the LFO. It now has six instead of three waveforms: saw up and saw down, square, triangle, sine as well as sample & hold.

There are also some changes under the hood. Mono Lancet ’15 now uses a DC adapter. Thus it is compliant with the „Standby Regulations“ that were introduced within the EU.<br/> Its firmware can now be updated via an USB port.

Mono Lancet ’15 comes with the same outstanding sound and intuitive user interface as its predecessor. It will be available from official VERMONA dealers in April.